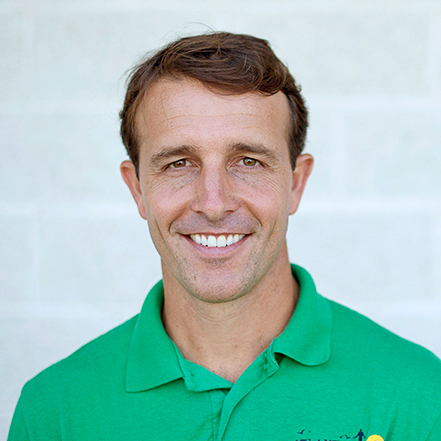 Michael Manzo was born and raised in Toms River, NJ. He is a graduate of Monsignor Donovan High School (1993), Gettysburg College (1997) and MCP / Hahnemann University – now Drexel (Masters in Physical Therapy 1999). Mike competed at the varsity level in both basketball and baseball in high school and college. He now resides in Wall Township, NJ with his wife Lauren and their four children: Emily, Maddie, Abby and Brady.

In October of 1994, Mike tore his ACL (ligament) in his right knee playing basketball for Gettysburg College. This required surgery and then rehabilitation. This was a pivotal moment for Mike as he discovered the field of physical therapy. Mike has been a physical therapist for over 20 years and has served as the President and CEO of Atlantic Physical Therapy Center since co-founding the company in 2001 with his brother Dave Manzo. Atlantic Physical Therapy Center has grown from one office in Freehold, NJ to over 20 centers in Ocean, Monmouth, Mercer and Middlesex Counties under Mike’s leadership. The company was named Physical Therapy Practice of the Year at WebPT’s Ascend Business Summit in Chicago in September of 2015.

Mike has been recognized by Gettysburg College as the recipient of the prestigious Young Alumni Award for Career Development.

Atlantic Physical Therapy Center is the official physical therapy provider for the Lakewood Blueclaws (Philadelphia Phillies Minor League Affiliate). Atlantic PT has also developed a following of professional athletes from Major League Baseball and the UFC who use them for their rehabilitative services.

Mike is very active in his local community serving on the Board of Governor’s for the St. Joseph’s Century Club, Ocean County College Foundation Board, Vice President of the Manasquan Park Property Owner’s Association and as a coach for many youth sports in his community. Mike most enjoys time with his family. Mike’s passion is working to better other people’s lives and helping them to achieve what they thought was unattainable. When he is not working with his patients or building the Atlantic PT Center team; you can find him on his Stand-Up Paddle Board surfing waves on the beaches of Manasquan, NJ.